Celebrations in the company, at Cyberclick we have redefined this concept

Last Friday our offices were emptied for a day. Instead, laughs and cries of joy from the Cyberclick team invaded the Port Aventura theme park. After a lively train ride, we met early at the gates of the park to enjoy a day away from our daily tasks. 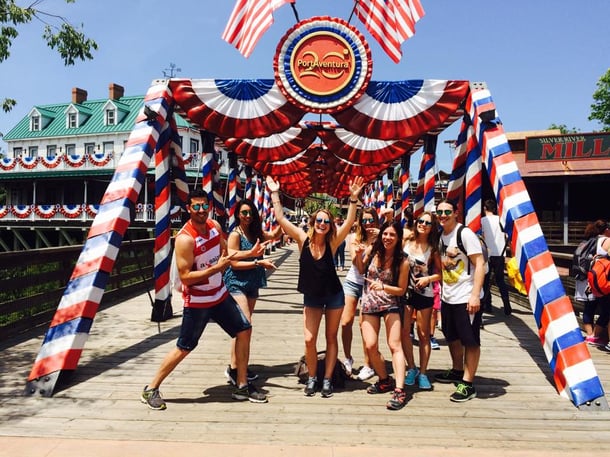 A sunny day, which began with a rush of adrenaline in the Shambhala roller coaster-the highest of Europe, accompanied by the water ride Tutuki Splash, a spin in the Tea Cups and lunch in the Mexican Cantina; among many others. We did not leave the park until it closed and we were forced to leave. It was definitely an experience that left us all speechless and without a fear of heights for some of us.

For those surprised, this is just another one of our quarterly celebrations. If we consult a dictionary we find that the definition of “Celebration” is:

(1)    f. To celebrate with ceremonies of festivity, or rejoicing

When one thinks of this concept, the first image that comes to mind is probably the typical dinner with friends, a family meal or an anniversary. It is unusual to associate celebrations with work, which usually resembles those tense Christmas dinners or uncomfortable goodbye parties.

Cyberclick wants to promote a new concept of celebration. And, as in any other field, employees deserve some celebration for their effort, and even more if that simple detail can promote the growth of the company.

Cyberclick’s team performs monthly and weekly meetings, where the specific issues of the day are discussed. But we have another quarterly meeting, which is the longest and further discusses performance of the last three months, comparing the results with previous periods.

It is a time when each employee reflects on what they could bring to the company and makes suggestions for improvement. Having a chance to put it together, you can set realistic and results-oriented priorities that add value to the next business quarter.

The key point of this method is that at the same time the objectives of the employee and company are aligned and a day of leisure is established as a gift for achieving these objectives. Thus, every three months the team boasts an excellent start in which fun is guaranteed.

Achieving the proposals or not, in Cyberlick we have seen the importance of acknowledging the effort of each team member, either with a dinner, a round at the Karting or short break in Andorra, as in the past.

We have observed that some details like giving the quarter a title clearly define what we want to achieve and why, with the possibility of celebrating the success of such proposals, which impacts the employees, encouraging them to increase productivity and feel more fulfilled and happy in their work environment.

The tradition includes an open discussion where everyone participates in the choice of venue and majority of votes decides, a fact that significantly increases the perceived meaning and value of this. 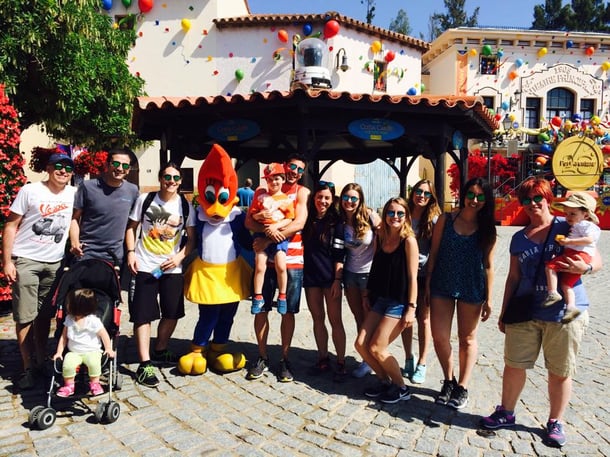 Why is it important to start applying this system?

Through this habit, not only does it motivate people but a great sense of team is created, promoting welfare and happiness in the workplace.

The facts that support encouraging people to define their professional priorities contributes to the growth of the company with a dual effect:

Celebrating successes will strengthen ties between workers, increase motivation and improve productivity. In Cyberclick we are already visualizing the pool and beach that are promised to be at our next outing at the end of summer!

Chief Happiness Officer: What Do They Do and Why Are They Important?