Whilst some countries narrow it down to Christmas Eve and Christmas Day to celebrate the holiday season and exchange gifts, Spain takes it to a whole other level and extends its festivities all the way past the New Year and into January. More specifically, the 6th of January, known as the Three Kings Day or Day of the Epiphany. Although it has been somewhat affected by globalization, traditionally the idea is to acknowledge the fact that it wasn’t Santa bringing presents to baby Jesus on the day of his birth, but instead the Three Wise Men who came bearing gifts, two weeks later. To celebrate this, the exchanging of gifts takes place on this day, accompanied by magnificent parades in every city and an entire world of unique customs.

Spain’s Christmas characters are, however, just as up-to-date as the rest of us on the latest technologies, and have recently found a new way to keep in touch with their number one fans: tweeting their way into town via their own personal Twitter accounts. This is how the magic of Christmas reaches Twitter. 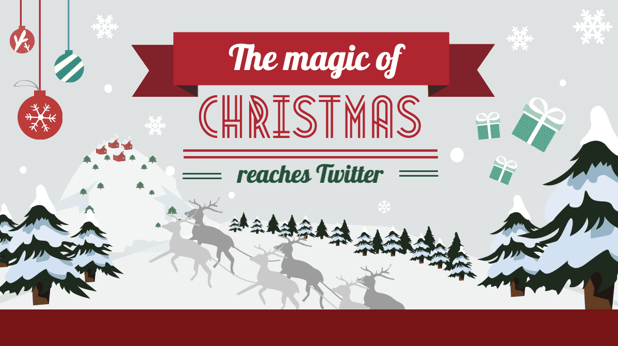 The traditions get trendy

Our holiday traditions are being brought up to date and even our favorite Christmas characters have decided to open their own Twitter accounts. Santa Claus and the Three Kings are all fully aware that they will be delivering more and more gifts that were purchased online, and of the growing online presence of the Holiday Seasons. In fact, in 2014 the Holiday Season was mentioned over 10 million times in Spain, between the months of November and January. According to one of Twitter’s internal studies, in 2015, 39% of Spanish consumers will buy their Christmas presents online, and 25% will have already bought them before December.

What do they buy?

Spain takes the holiday season very seriously. Young (and the not-so-young!) children wait excitedly for gifts that will be brought by Santa Claus and the Three Kings. However, Twitter’s consumers do have a tendency to prefer certain products:

In case a more visual representation is more to your liking, you can see all of this information about Twitter’s study below in the awesome infographic we have created.

If you have enjoyed this article, please consider sharing it on your social networks!

From all of us here at Cyberclick we wish you the happiest of holidays!