Growth Hacking: 7 Success Stories and How They Did It

If you’ve been in the world of digital marketing for a while, you probably already know about growth hacking. Growth Hacking is a set of techniques and tools that seek to generate rapid growth of customers, revenue or impacts for a company, with the least amount of expense and effort possible.

Sounds great, right? But, what does growth hacking look like in practice? I’m going to share 7 success cases of growth hacking that will inspire you to implement it in your own company. 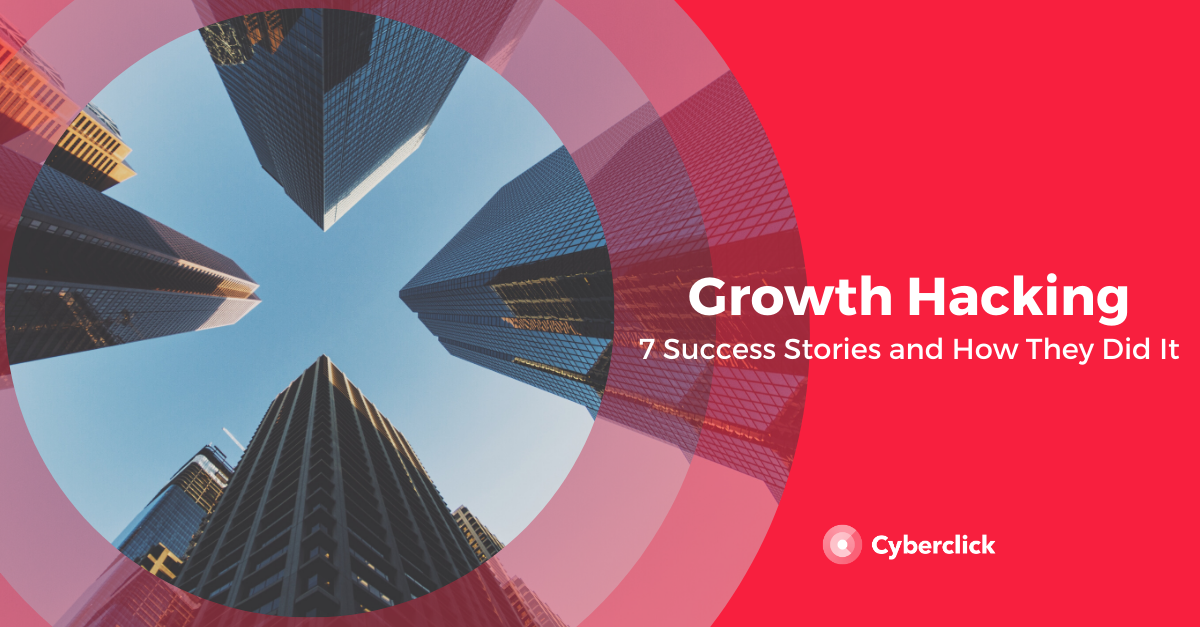 In 1959 the automobile industry in the United States was booming, and highways and interstates were being built all across the country. McDonald’s decided to place their new restaurants, with their instantly recognizable golden arches, at every highway exit.

Because of this method, the brand was present in the day-to-day lives of millions of people, all over the United States. For people using the highway to drive long distances, it became super easy to stop at a McDonald’s and eat directly in your car (a concept that previously did not exist, before their famous “Drive-Thru”). This ultimately was a simple yet tremendous method for increasing their customer base.

The reason this growth-hacking example is so successful is because they anticipated the evolution the market would go through and simply positioned their stores and marketing to be ready for it.

Hotmail’s story is probably one of the best-known examples in the world of growth hacking. It demonstrates that it’s not necessary to have a large budget or make large investments in infrastructure (as in the case of McDonald’s.)

In 1996, before Hotmail was acquired by Microsoft, one employee had a great idea to boost the number of users: include a marketing message at the bottom of each sent email. The underlying logic was that Hotmail users would send emails to their friends and that those friends would be the ideal potential customers of the brand.

The first marketing message they used was a simple “PS: I love you. Get your free e-mail at Hotmail.” And with something as simple as this, they got spectacular results. Until that moment, Hotmail’s growth had been linear, but after they included that message their user base of 500,000 doubled to 1 million in just 6 months. Five weeks later, they had over 2 million users, achieving success beyond their wildest dreams.

Mailtrack is a Spanish company that offered an email solution that lets users know if the receivers of an email message have opened or clicked on the email. When the receiver reads an email, the message is marked with a check and the system sends a read notification to the Mailtrack user.

So how did Mailtrack practice growth hacking? By copying Hotmail’s strategy, almost 20 years later! Mailtrack incorporated a signature into its free messages and found that, years later, the Hotmail method still worked. Today Mailtrack has two million users and much of its success is due to the virality they generated, managing to turn users into brand ambassadors.

The moral of the story? There is no such thing as a new idea - don’t be afraid to take inspiration from successful strategies that have worked in the past. The principles of growth hacking are universal and remain effective across the decades.

Not only is Hubspot a star example for inbound marketing, but their growth hacking strategy is top-notch too.

In this case, the growth hacking tool they used was a website they designed call Website Grader. This website allowed anyone to freely copy and paste their URL, and then the Website Grader would analyze different aspects of the site, like download speeds, mobile adaptation, SEO, and security. Finally, it gave the website an overall grade and a series of options to improve the score.

This strategy had multiple levels of growth hacking. First, you had to register on the website in order to get your results, turning you into a Hubspot lead. Second, it had a strong word of mouth and recommendation rate, since many marketers found the tool to be useful. And ultimately, it was a simple and intelligent way to get information about users. Thanks to the information they were analyzing, Hubspot already knew how they could target you, based on the gaps missing on your website.

If we talk about growth hacking, then we have to talk about Facebook. This social media network was born in 2004 with a handful of users from Harvard University and in 2012 they became the first social network in the world to connect over 1 billion users.

Facebook’s growth hacking strategy can be linked to their user experience and notifications. They used the Gmail and Hotmail contacts of their users to suggest them as recommended friends to each other. It also encouraged users to send invitations directly, generating a “domino effect” in which each user is part of the growth strategy.

Additionally, notifications were very present in the first versions of the network. Basically, it sent you notifications of any activity performed by your contacts, encouraging you to re-enter the app and develop a relationship with it over time.

Behind all of this strategy is Alex Shultz, who joined Facebook’s growth department in 2007. His almost fanatical use of data analysis was so successful that several companies around the world copied the methodology. With a doubt, this is an exemplary model for growth hacking.

Birchbox is a subscription service that sends a monthly box with 5 personalized beauty products. Its success has been overwhelming, as it has soon managed to reach $125 million in profits with an original investment of $12 million.

Birchbox’s growth hacking strategy was based on a “members get members” methodology. Essentially, they established a recommendation program aimed at making users recommend others quickly and easily. For every new customer who joined Birchbox, the recommender would receive a reward.

This strategy is nothing new, but its key to success lies in the offer’s value. Many times companies decide to offer a reward or incentive that is not interesting enough for the customer to take the time to make recommendations. In this case, Birchbox gave 10€ to the recommender, providing a large incentive since the cost of one Birchbox is nearly 10€. To sum it up, growth hacking isn’t always about reinventing the wheel, but just applying tried and trued methods to your own brand. 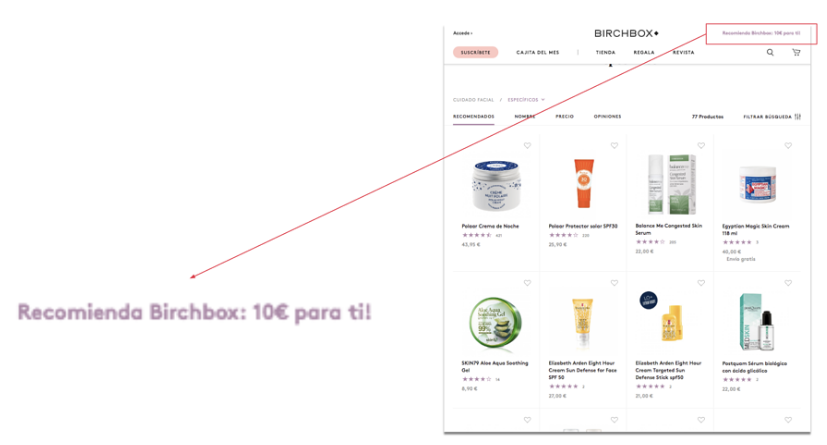 Uber is another good example of growth hacking and exponential growth. Since 2014, their growth has been explosive. In 2015 they had over 150,000 active drivers every month.

Uber’s strategy is based on two pillars: free rides and event sponsorship.

Uber offers free trips to users who register on their app for the first time. But, users have to input their credit card information in the app to be register, even if they only intend to use the free ride. This is an easy way for them to overcome the first barrier with users.

As we discussed in Birchbox’s example, giving a valuable offer to users is a great growth hacking strategy. Sometimes we spend 50€ to capture a user, only to get 10€ back in return. Uber shows us that we can break up with this mentality.

Additionally, Uber has been able to take advantage of the key moments when there is a high need for transportation to multiply its downloads. An interesting example was the taxi strike in Mexico, in which they offered free travel to users. They promoted the offer with the hashtag #UberNoPara. They managed to increase their download volume by 800% with this method.

As you can see, in many growth hacking cases there is a variety of a handful of useful strategies. Don’t be afraid to apply them to your brand, and get ready to see the numbers roll in.

What Is OKR Methodology and How to Apply It [+Example]

Viraljacking: How to make your content viral (+ success stories)