Every day we hear all about viral marketing, a new viral video and content that spreads at the speed of light. But what exactly is it? And how did it get to be viral? Is it due to a viral product or viral advertising, viral campaigns or simply luck, that randomly makes something such a big hit…

Viral content usually has a well-designed viral strategy behind it, but virality is, in part, also due to luck, creativity and preparation. To break down this concept a little better, I am going to explain the definition of this concept, how a viral campaign works, the advantages of viral marketing, and show you some of my favorite examples. 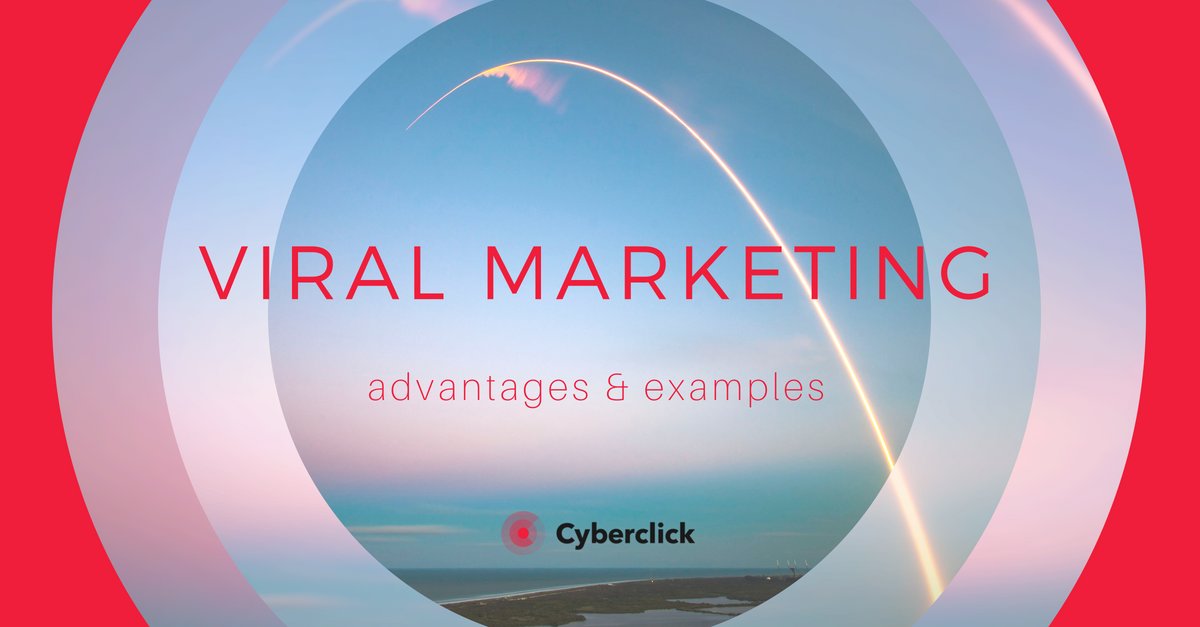 Viral Marketing: what is it?

Viral Marketing is that which is able to generate interest and the potential sale of a brand or product through messages that spread like a virus, in other words, quickly, and from person to person. The idea is for it to be the users themselves that choose to share the content.

Due to their speed and ease to share, social networks are the natural habitat of this kind of marketing. The most widespread example in recent times is the creation of emotional, surprising, funny or unique videos on YouTube, which are then shared on Facebook, Twitter and other channels.

However virality can be a double-edged sword. It's important to remember that in this type of campaign, a large part of the control falls into the hands of the users, and there is a risk that the message can be misinterpreted or parodied. On the other hand, a successful viral campaign can work miracles for your brand’s results.

How a viral campaign works

In theory, a viral marketing campaign is very simple to carry out: create a video or another type of content which is attractive to your target, put it on the internet and promote it. Form there on, all you can do is wait for the fuse to light and for users to start sharing like crazy.

In some cases, virality happens by accident. For example, when a video is uploaded by a private user that all of a sudden becomes popular and begins to circulate all around the Internet.

As for the dispersion strategy for brand videos, there are two types: the shown or the concealed. In the former, the user is aware from the first moment that they are viewing advertising or branded content, while in the latter the participation of the brand is hidden and is only revealed later.

If you apply concealed marketing techniques, it is important to be very careful so the user does not feel tricked, cheated or deceived, as the viral campaign could then turn against you.

No matter what strategy we choose, remember to never ever become "spammy", or go overboard while sharing the content. Instead of repeating message over and over again, the best strategy is to find the perfect place and time and let the “viral fuse” light itself.

To finish off, here are some of our favorite examples of inspiring viral marketing here at Cyberclick. We hope you enjoy them as well! These two below examples are examined more thoroughly in our free ebook The Secrets of Viral Marketing.

In 2018, with one single tweet, IHOP caused online pandemonium when they suggested they were changing their name from IHOP to IHOb. But, no one knew what the “b” stood for.

For the next 7 days, the whole world was left guessing as to what the b could possibly stand for. Their social media accounts played along with the speculation and fueled the fire online, creating further confusion and speculation. Until finally, they revealed the hidden meaning: b stood for Burgers.

This speculation caused IHOP to receive over $113 million in earned media and increased their burger sales. Overall, while this campaign was slightly controversial at the time (some users felt the reveal was overhyped), there is no denying that this campaign was a success.

In 2012, Australia’s Metro Trains wanted to find a way to encourage people to act safer around trains. Instead of going the traditional route of scary and off-putting ads, McCann Australia decided to add levity to Metro Train’s ads, delivering us the instant hit Dumb Ways to Die.

The video went world-wide and received over $60 million in media impressions in 2013. But most importantly, the message of the video caused people to be more aware and act safer around trains, resulting in 20% reduction in rail-related accidents.

10 Marketing Strategies for your Product Launch